The members of our team have spent more time together in these past three weeks than many of us would care to admit. After five exercises together, everyone is feeling pretty relaxed around each other. In the beginning, the chat was all work and little laughter. We were all mission focused; doing our part for improving the nation’s homeland defense forces. The Commanding General that year made a great closing speech about how important our work was and that the nation appreciated our efforts. It was a great feeling to say the least.

As the exercises continued year after year, relationships developed and grew. Everyone started to feel comfortable around each other; understanding each others relationship to one another. This year, we had a well oiled machine that ran seamlessly and enjoyed each others company. Collectively, our role has been to provide the training audience with realistic scenarios and role players to replicate the circumstances that they would encounter in the execution of their missions.  Last night, after a particularly challenging day of last minute changes, one team member said “This doesn’t have to make sense, we just have to be able to say it with a straight face.” It described what has been going on so well these past three weeks.

I have previously talked about acronyms and sayings but left one off. Yesterday, it became apparent that we reached a critical point in the training – loss of inertia. We had been using  this next phrase to describe an event or two but it finally became the description of the current event; it was a SLICC – Self-Licking Ice Cream Cone. Our local definition was “we are doing all of this to train ourselves.” Simply, we were enjoying our own work. If you look up SLICC in the urban dictionary, you’ll find this definition: “An organization or entity whose sole purpose is promoting its own existence and splendor.” I immediately contacted my daughter, the talented graphic designer that she is, to create a photo for us. This is what she came up: 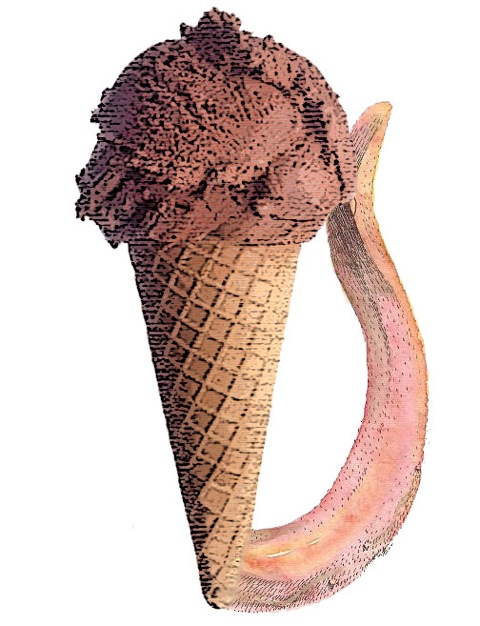 This design was incorporated into our mid-day briefing and was sent to a number of people in our Emergency Operations Center for future use. We all had a few laughs and pushed through the rest of the day. NIce job Erin! Everyone says thanks.

1 thought on “If you hang around long enough”